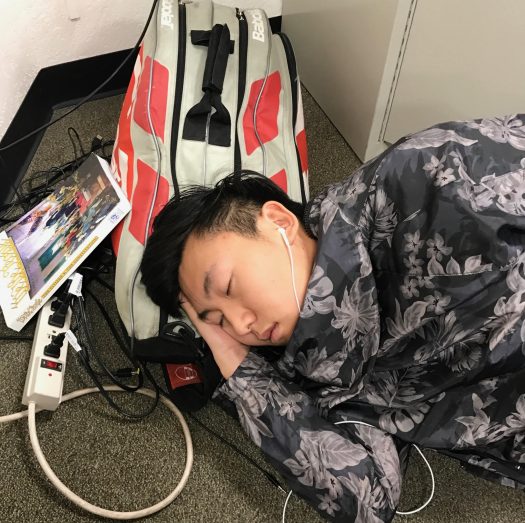 How much sleep do you get every night? Chances are, you aren’t getting nearly enough.

Sleep is a fundamental necessity to human health and daily function. It is especially so for children and young adults, whose biological clocks and bodily systems are developing and transforming at breakneck speed. Lack of sleep can have grossly damaging effects, as any high school or college student will tell you after pulling an all-nighter, if they still have the presence of mind to speak, that is. So when public and private elementary, middle, and high schools across the nation implemented earlier start times in the early twenty-first century, America’s youth cried out in drowsy and demanding unison, beseeching lawmakers and school administrators for just a few more minutes.

According to the Center for Disease Control, the average public high school starts at 7:59 a.m., and as of January 2017, over 75% of American public elementary and middle schools start earlier than 8:30 a.m. And with bus schedules starting as early as 5:00 a.m., students from six to eighteen find themselves dreading the exhausting pain that arrives punctually every weekday morning. According to the National Sleep Foundation, “Biological sleep patterns shift toward later times for both sleeping and waking during adolescence – meaning it is natural [for teens] to not be able to fall asleep before 11:00 p.m.” And with the widespread consensus among pediatricians and sleep specialists that children and young adults need at least eight hours of sleep at the minimum, the conflict between earlier school start times and the pubescent biological clock disallows most from more than seven total hours of sleep nightly. While this plight is not at all uncommon among the nation’s public school system, it has substantial and distinct ramifications, ranging from mental health, to classroom performance, to prevalence of depression and even fatal car crashes.

According to a 2014 report from the American Academy of Sleep Medicine, teen drivers who attend schools with earlier start times are involved in significantly more motor vehicle crashes than students in schools with later start times. “There are more and more data suggesting that insufficient sleep is common in our teens and that early high school start times are a contributor to teens’ reduced sleep,” says the study’s head investigator and co-author Dr. Robert Vorona, associate professor in the Division of Sleep Medicine at Eastern Virginia Medical School. “Insufficient sleep appears to have deleterious consequences such as decrements in mood and increased risk taking, impaired academics and increased crash rates.” Not only do early start times pose significant situational risks for student drivers, but they also increase instances of risk-taking behavior and depression.

So why do schools start so early? School administrators and education officials have claimed that bus route coordination is a key determiner of school start times; ensuring that all students are picked up in a timely manner is made a prime priority, as it should be, but at the cost of precious hours of sleep. This tradeoff is not one that can continue to exist in our nation today.

Unmistakably, the damage has been done. But there is still hope for the yawning American teenager, among the reported 33% of students falling asleep in class on a weekly basis. Public schools across the nation have reformed their antiquated sleep-snatching ways and joined the sweeping movement to start school later. A study conducted by the University of Minnesota found that high schools that started later saw increased attendance, standardized test scores and grades in math, science, English and history than they previously had with earlier start times. That same study also found that students had better attendance, decreased tardiness, and lower occurrences of car crashes among licensed juniors and seniors. The encouraging potential doesn’t stop there. According to a compelling study by the Brookings Institution in 2011, higher tests scores associated with delaying middle and high school start times by a single hour translated to additional lifetime earnings of $17,500 per student.

The health, safety, and financial benefits of starting school later cannot be ignored any longer. Ed W. Clark High School’s start time of 7:00 a.m., nearly an hour earlier than the national average, cannot continue. For the sakes of our students and communities, school must start later. Thank you for your time, and good night.