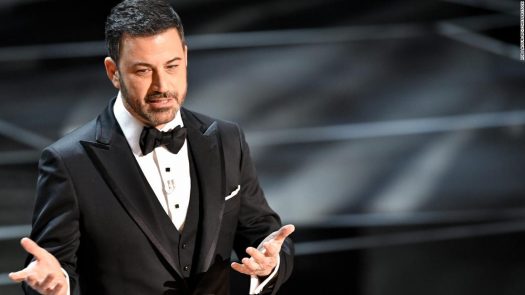 Deep into the third quarter of the school year – competition season for many of the school’s major activities, as well as the final weeks before AP exams – it’s becoming increasingly tough to keep up with the world of pop culture. On March 4th, the 90th Annual Academy Awards took place, setting the stage with some heavy subliminal and not-so-hidden messages, offering harsh and relevant political and social commentary. The Oscars honored some of the year’s greatest accomplishments in film. Here’s how it all went down:

The awards were hosted by Jimmy Kimmel, a Clark High School alumnus. Kimmel, class of 1985, has been a heavy critic of the Trump administration, particularly over Trump’s decision to cut funding for the Children’s Health Insurance Program. Kimmel, who is the father of a ten-year-old son with a heart disease, wasted no time in getting to discussion – and harsh criticism – of the White House. This time, focus was on more recent issues, such as the dismissal of WH Communications Director Hope Hicks. Kimmel also criticized and condemned the actions of movie-business magnate Harvey Weinstein, who was recently accused by numerous prominent actresses and producers of sexual assault and harassment. Despite the nominations of many of his company’s films for the awards, Weinstein was also barred from the ceremony and banned from the Academy shortly after being removed from the board of his former film studio, the Weinstein Company.

Despite the sincerity and solemnity of his monologue, Kimmel stressed that Oscars night 2018 was also one for positivity and progress. “Ceilings have been shattered,” Kimmel said, referencing films like Lady Bird, Black Panther, and Wonder Woman, which highlight minorities and women in prominent roles. Greta Gerwig, director of Lady Bird, became the fifth women in Academy history to be nominated for Best Director. Lady Bird was also nominated for Best Picture, Best Actress (Saoirse Ronan), Best Supporting Actress (Laurie Metcalf), and Best Original Screenplay (Gerwig). While Best Directing was ultimately awarded to Mexican director, writer, and producer Guillermo Del Toro, who spearheaded 2018’s Best Picture winner The Shape of Water, it was an inspiring moment for young female filmmakers and creators alike.

Frances McDormand won Best Actress for Three Billboards Outside Ebbing, Missouri – her second win in the category. Her speech was most memorable and riveting moments of the night; McDormand asked every female nominee to stand, and congratulated each for their strength, skilled performances, and contributions to the industry.

The Oscars, which has been criticized in the past for its lack of inclusion, was sure to please this year’s audiences looking for diversity on stage. Jordan Peele, African-American sketch comedy star of Key and Peele, took home the Oscar for Best Original Screenplay for his breakout horror hit Get Out, despite the claims of many insiders in Hollywood that Peele was a long shot for the award. With his win, Peele became the first African American to receive the Oscar in this category.

Oscar-nominated actress and singer Keala Settle gave a commanding vocal performance about self-love mid-show, bringing the audience to their feet. The song, titled “This Is Me,” was nominated for Best Original Song and was featured in The Greatest Showman, which surpassed last year’s La La Land to become one of the highest grossing musicals in box office history.

It wouldn’t be a modern awards show if it didn’t get political, however. Lupita, Nyong’o and Kumail Nanjiani, hailing from Kenya and Pakistan, respectively, began their speeches by introducing themselves as immigrants. Nyong’o and Nanjiani stated their clear belief that dreams were the foundation of Hollywood. “To all the dreamers out there, we stand with you,” they stated, without explicitly uttering any mention of the Deferred Action for Childhood Arrivals policy, more commonly referred to as DACA. Student immigrants protected under DACA are collectively referred to as Dreamers. Nyong’o and Nanjiani’s subtle but powerful message was one of the most memorable that the night had to offer.

The 90th Academy Awards proved to be a substantive night, not just for the film industry, but for a country suffering from intense social, political, and emotional polarization. The ceremony signaled a step forward for film – a medium whose power to create change, provoke progress, and bring dreams to life has never been more real.