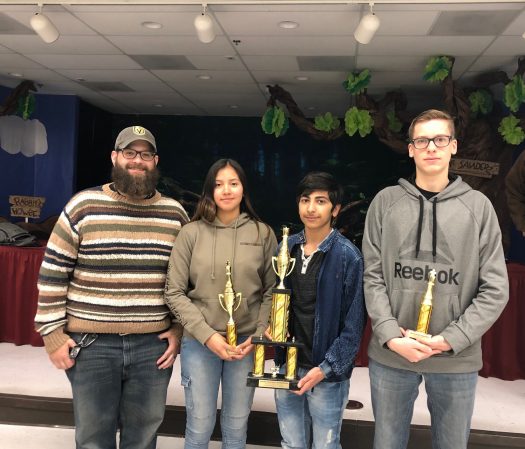 competed for Clark in the five-round high school section for players in grades twelve and below.

Back in 2016, Clark dominated the competition; Santiago took first place as a sophomore, then junior Ishan Saran took second, and freshman Matveev took ninth. The team won the overall tournament by a wide margin, and Santiago was offered spots at the Denker Tournament of High School Champions and the National Girls Tournament of Champions.

“Last year we had a really strong and competitive team,” says Santiago. “It was amazing to win in back-to-back years.”

This year, Santiago and the team faced stiffer competition. “I lost a key piece at the wrong time in the fourth round, and it cost me badly,” she says. “From then on, my opponent played very well, with very good technique.”

After all the matches were played, Clark finished second overall in the team competition with 12.5 points to ATech’s 17.