A Project for Better Journalism chapter
The Charger Chant
Uncategorized

Great achievement from our great young men and women!

On Saturday, July 28, the Devil Pups 2nd increment graduated some 300 young men and women from all over the West Coast, making a new generation of leaders! Devil Pups is a non-profit organization designed to help boys and girls from all backgrounds gain self-confidence and learn to take responsibility for their actions, it’s a camp comprising 10 days of challenge, teamwork, discipline and education for boys and girls between the ages of 14 and 17. Out of 29 graduates from Southern Nevada Devil Pups (SNDP), six are Clark Chargers! The 6 Devil Pups came from our NJROTC unit: Cadet Khrystal Sanidad, Cadet Gerardo Herrera, Cadet Mendel Chan, Cadet Kelvi Lemus, Cadet Jesus Rodriguez, Cadet Robert Aguilera. Cadet Aguilera and Cadet Herrera both received the perfect score on the Physical Fitness Test. On top of that, four Devil Pups graduates from Clark came back as Eagles and Eagle Helpers to give back to this amazing organization! They are: Cadet Patricia Lopez, Cadet Magnus Yuen, Cadet Jouse Castellanos and Cadet Ryan Jin, these Cadets have dedicated a lot of time and played a crucial role in SNDP.

A job well done for those Devil Pups and Eagles and Eagle Helpers and a good luck for them in their road to leaderships. 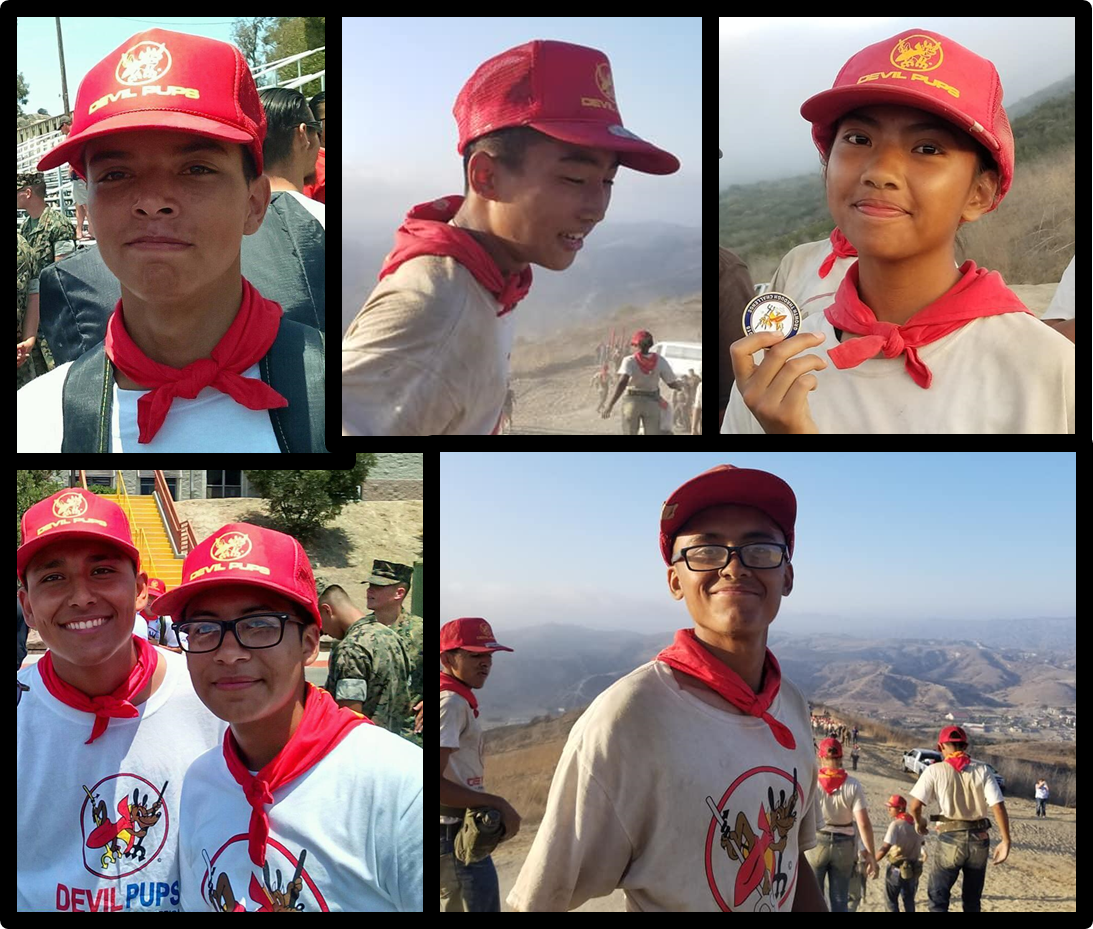