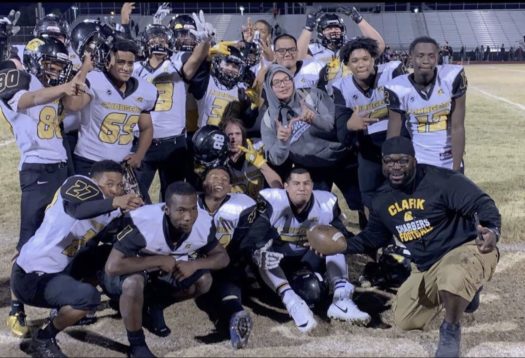 The Chargers were down in the first quarter 14-0, but we made an impressive comeback with three touchdowns in the second quarter. Knowing the game was the Desert Oasis team’s playoff qualifier, the Chargers fought hard for their win.

We were led by quarterback Myquel Johnson, who threw over 300 yards and three touchdowns to lead the team to their first victory. The Chargers knew they just had to stay humble and keep the offense going.

“It means a lot because it’s our first win. It changes everything. This is a win for everybody who is Clark,” says Steven Shoats-Thomas, who scored three rushing touchdowns.

Clark’s last game of the season is at home against Gorman on Friday.