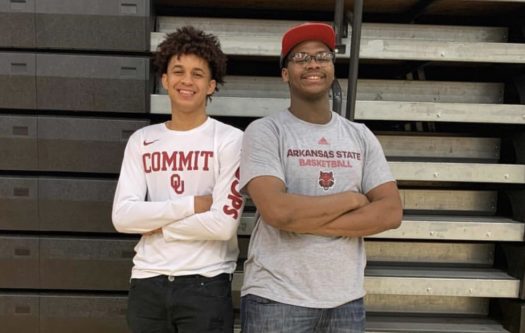 Clark basketball stars Jalen Hill and Antwon Jackson have recently committed to division one schools in order to play basketball.

Antwon was excited to commit to Arkansas state after he realized how amazing the college’s community was. His hard work both in the classroom and on the court have gotten him to this point, and he’s excited to start his college basketball career. He credits his parents, Amateur Athletic Union (AAU) coaches, and Clark High School for making him the player he is today.

“I want to be remembered as not only a basketball player, but also a student who was respectful and hardworking, and an honorable part of the Clark Charger family,” says Antwon. Antwon isn’t the only great basketball player committing this year, however.

Jalen Hill has decided on Oklahoma after getting over thirty offers to play at different schools. He decided on Oklahoma because he thought it was the best fit and loved the coaches. Jalen’s biggest supporters throughout his high school career haven’t been just his family; he recognizes Clark as one of the most important parts of his basketball journey.

Congratulations to our new division one players!