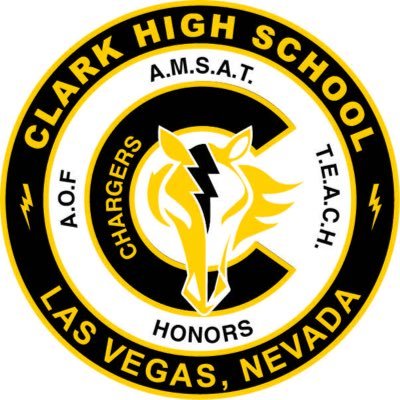 Welcome to our 2019-2020 school year, Clark Chargers! We know how short summer felt, but we hope you are as excited as we are for the new school year.

First, we want to start you off with some of our school’s many summer accomplishments. Clark HOSA competed in Orlando this year at the International Leadership Conference, where Katelyn Phan, Chloe Kim, and Isha Shah placed second in Original Medical Innovation and Jaiden Reddy, Deven Reddy, and Tanush Saran placed sixth in Biomedical Debate.

CCSD has had many changes since last year. Superintendent Jara launched a new policy to reduce debt that cut almost 200 dean jobs over the entire school district. After backlash from staff across Clark County, this policy has been reversed, although there have been some role changes here at Clark. More detail on this will be released in an article next week.

In other news, there have been some major adjustments in our Clark sports programs. The football field was tested over the summer and was determined to no longer be suitable for contact sports. Meanwhile, Mrs. Calkins is no longer coaching the swim team, leaving many to wonder whether or not swim will be able to continue in the 2019-2020 school year.

Of course, the most significant changes Clark students have felt have been through Mr. Rael’s new policies. These policies include free school breakfast and lunch, a ban on unhealthy club lunch sales, and a limitation on school entrances to the cafeteria and the 300s hallway. Student responses have been largely negative, with a new petition drawing more than five hundred signatures. Our staff interviewed Mr. Rael to further understand his side of this issue in an article that will be released early next week.

A new school year means a new batch of changes, but what never changes is the confusion that all Clark freshman feel when they first walk through our hallways. My number one piece of advice- if there’s something you can do today, don’t wait until tomorrow. Procrastination catches up to you quickly here at Clark, especially as you get older. Don’t get too overwhelmed- it’s a big school! Just remember to focus on what matters and try as many clubs as you can.