Mr. Rael’s New Policies: Everything You Need to Know 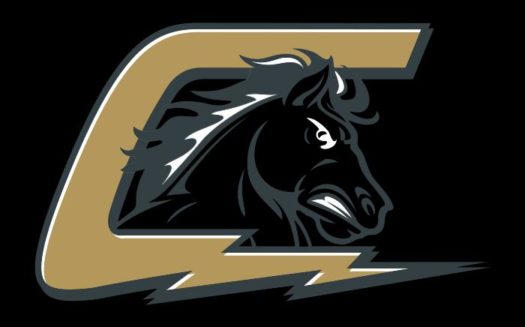 Our new principal, Mr. Rael, came to Clark at the end of last year, promising new changes to make Clark High School a better place. However, since the first day of school, a batch of policies designed to make the school safer have instead caused many people to feel trapped and uncomfortable in the new environment. Over the past few weeks, a petition bemoaning the changes has accumulated almost eight hundred signatures. In the midst of all of this resistance, we decided to go straight to the source to find out Mr. Rael’s thoughts on the problems facing Clark and the solutions he has in mind.

For many students at Clark High School, the number one complaint has been the crowded hallways, which have been a problem for quite a while. However, the limiting of entrances have made hallways like the 300s even worse. With the rise in school shootings, many students are afraid that the bottlenecks and cramped walkways due to limited entrances have made our school even more dangerous. Mr. Rael has two responses to this problem.

“One, we know who’s coming onto our campus now. That’s probably the most important thing. And two, we have a security plan that I have worked with our police department to create to make sure [Clark] is as secure as possible. We don’t want to give away all of our cards about what we do for security… but we have worked very closely with our law enforcement to make sure we are making the most secure Clark High School.”

Administrators at Clark High School have had a similar view regarding the new safety policies. We asked Mr. Rahmani, our dean, whether or not the new closed-door policy was improving safety at Clark.

“I believe so. We can maintain perimeter security at all times. It’s better [than what we had before], and it will get easier and better as time goes on.”

However, many parents share student worries that crowded hallways pose dangers to their children. One parent, whose child was injured after falling in a crowded hallway, says that she strongly dislikes the new policies and feels that not enough thought has been put into them. Even a teacher, who wishes to remain anonymous, says that he feels that the welcoming school atmosphere won’t recover due to the restrictive system. Despite such objections, Mr. Rael reiterates the necessity of his security policies.

“We’ve been really vulnerable to anybody who wants to come onto campus. Priority number one for me was [to] get this campus safe and secure so that we know every person that walks on our campus during school days.” 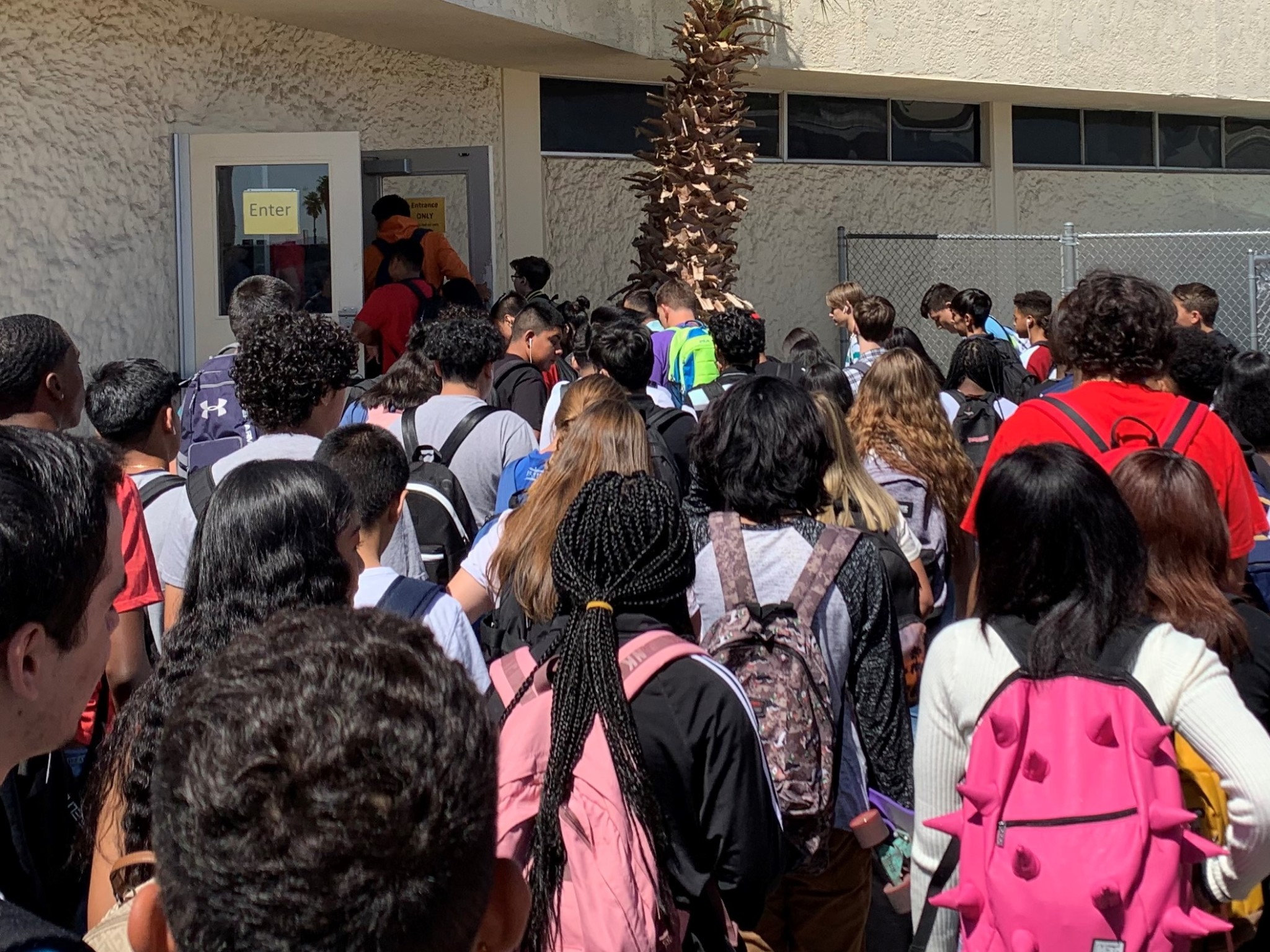 Students crowd around only back-of-school entrance

Alongside a more secure campus, one of Mr. Rael’s most impactful changes has been through his focus on health at our school. After the ban on unhealthy school favorites such as Ramen and Raisin’ Canes, many clubs have been wondering where they will get their funding.

“There are federal nutrition guidelines that schools are supposed to follow. We wanted to move inside those guidelines and make sure that we are giving healthy choice options. I know! I know what it’s like to be a high schooler, and want the butterfingers and vending machines. We have to make sure we provide the healthiest options for our students,” says Mr. Rael, in response to fundraising concerns. “What we have seen in the first week of school is that the revenues are pretty strong with the things that we’re selling. There’s just not as many options.”

From our research, it seems unlikely that this claim about revenues is entirely accurate. One club we interviewed tells us their sales have dropped from 450$ to barely more than 200$ each week. It’s not just unhealthy school lunches that are banned, one club treasurer assures me. All foods that do not meet the school district’s nutritional guidelines are restricted until 3pm, which is making sales to students significantly more difficult. These foods include fundraising favorites such as  World’s Finest Chocolate, pretzels, and candy bars.

At the same time, one new addition to school lunches has been overwhelmingly positive- the addition of free breakfast and lunch for all students, regardless of income level. Many parents interviewed at Clark’s open house appreciated this new addition. “I love it and I want him to keep this as it is,” says one parent. “My son has loved his first few weeks at Clark as a freshman.”

“[The implementation of school lunch] was a huge win for us,” says Mr. Rael. “It’s not just this year. Our freshmen will have it for the next four years! It’s a home run for us for sure.”

A free school lunch excited many students, but others worried about its healthiness. When asked about the steps taken to address this issue, Mr. Rael gave us some surprising information.

“The cafeteria runs out of a central office. They produce the items for the meals. They actually already meet federal requirements. The cinnamon rolls in the morning are actually potato-based cinnamon rolls. There’s a special ingredient in the cheese, the sauce… everything that goes there is portioned properly and has the right combination of fat, carbohydrates, and protein to be nutritious every day.”

Changes aren’t being limited to just entrance security and food, however. One potential new rule students find worrying is mandatory student ID badges required throughout the school day. Mr. Rael further explained what this will look like at Clark.

Any person who has walked on Clark’s campus has seen encouraging signs about the new “gold standard”, a new idea that Mr. Rael has strongly emphasized during our first few weeks back. 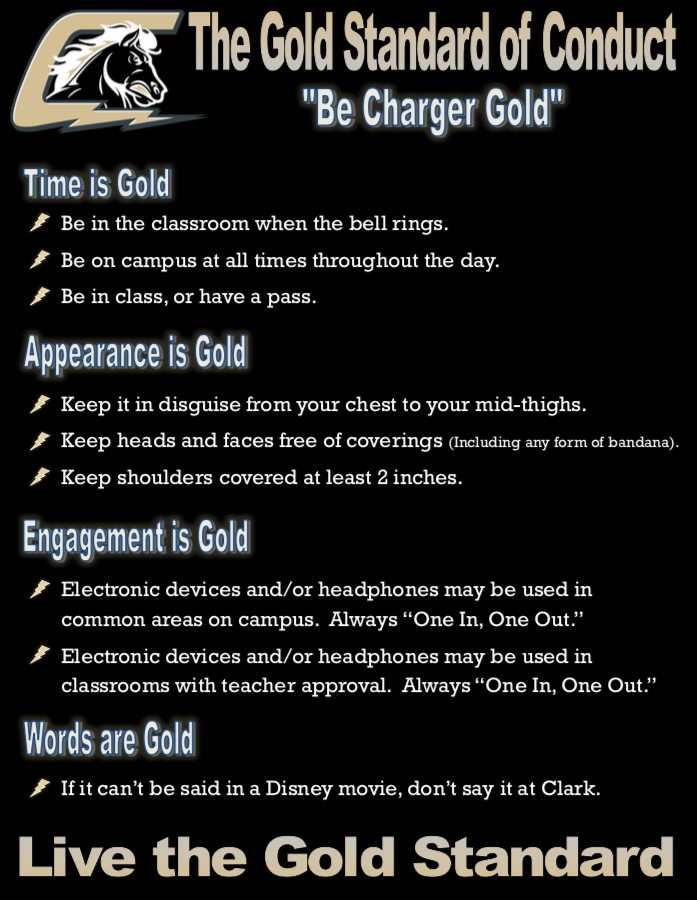 Despite his controversial policies, one thing is very clear. As Clark High School students, we are lucky to have a principal who is so excited to improve our school and help our students. Even if some changes may take some getting used to, we know that Mr. Rael has our best interests at heart.