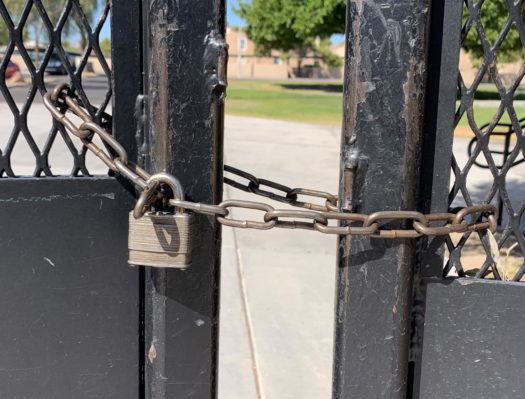 A memo released yesterday detailed four major changes to Clark’s after school policies. These are the newest policies in a long line of changes instituted by Principal Rael to make Clark’s campus more secure.

After this policy was released, there was an immediate student backlash against the new changes across social media. Since then, the administration stated that the policies are still a work in progress pending talks with parents and club advisors.

“We haven’t had a chance to talk to our club advisors, student leaders, and parents,” says Mr. Rael.

Despite the tenuous status of these policies, the need for them is obvious. During a police exercise last year, a student walking onto Clark’s campus was found with a gun. There were two internal break-ins after school hours during the 2019 school year, where criminals walked onto campus and broke into teachers’ classrooms. They took personal items and even stole a teacher’s car. Last week, there was a fight inside the school that involved students and non-students at 5:30 pm.

However, many students have worried that the new policy will bar students who use Clark as a safe place and want to stay after school for clubs and activities.

“We’re trying to figure out how we can have the library open until 4:00 every day- that’s goal number one- so if there’s somewhere you need to hang out and do homework, that’s where it can be done,” responds Mr. Rael. “[We also] want to have someone in the cafeteria until six o’clock, so if you want to just hang out and do homework, you can do that, but it will be supervised.”

With the library remaining open, many student concerns should be resolved. However, some worry that these policies could cause students who normally go to 7/11 to loiter outside of the school, which would be more unsafe. The changes were scheduled to be instituted on Monday, September 16th, but have now be delayed.

“We’ve had 5 [crimes] happen on campus last year and we’ve already had some issues this year,” finishes Mr. Rael. “We don’t want to wait for things to become more egregious before we make sure we have a secure campus.”