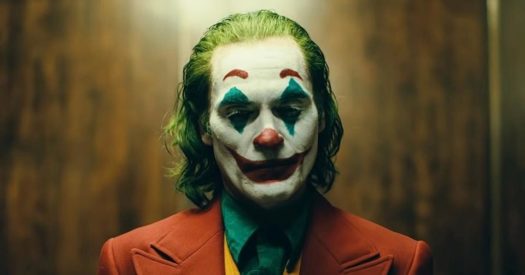 The Joker’s backstory has always been one of ambiguity- from the compellingly contradictory lines in The Dark Knight that explain how Heath Ledger’s character “got these scars” to the endless online theories of a PTSD-suffering war veteran, no one has been able to address the history of this classic villain. Todd Phillip’s new blockbuster film Joker, starring actor Joaquin Phoenix as the titular character, seeks to do just that. And it does it brilliantly.

One trait that hinders many DC Comic book movies is the strange, step-by-step progression of the narrative that feels like it lacks an overall purpose. This is the same problem that plagues movies like Suicide Squad: a feeling that, when looking back from any point in the movie, you have no idea how the film possibly could’ve gotten to where it is. Joker evokes the same feeling, but this time, it’s intentional. The slippery-slope, one scene after another with no feeling of cohesion style creates a watching experience that mirrors main character Arthur Fleck’s descent into madness.

Even if each step may seem just a little too outlandish, the grounding force of Fleck’s scrawny and tortured character combines with the dark, garbage and rat-covered streets of Gotham to make every moment in the film seem just that much more believable. It’s like the writers are trying to tell us, as loudly as they can, “This isn’t Superman. This isn’t supposed to be fun.” That message comes through in its well-deserved R rating and scenes of graphic violence.

Despite the numerous negative online reviews you can read about this movie, one phrase that is commonly included in critiques of darker movies, “gratuitous violence”, is missing here (of course, they’ve instead been replaced by hundreds of articles perseverating over the possibility of a shooting at a Joker showing). The scenes of violence, unlike the city-being-destroyed-and-millions-dying style of Marvel, don’t pull their punches. They come out of nowhere and when they do come, they are there for a purpose. For this reason, it’s inadvisable to watch this movie with your parents, and especially not with younger siblings.

The narrative and writing of the movie had the potential to make Joker a solid film. However, it’s Joaquin Phoenix’s incredible acting that lifts the movie to an Oscar status. The insanity in his eyes and in his actions is brought into reality by his chilling laughter- and yet, he still manages to be a protagonist. We see him commit unspeakable acts, and still, we sympathize. His lifetime of abuse and pain are so permanently marked on Arthur Fleck’s face that it’s easy to look at Phoenix’s online interviews and be convinced you are seeing an entirely different human being.

Many scenes are brilliantly highlighted by a music score so epic that it could believably be played in the background as Daenerys rides into battle on her dragons. As Phoenix walks through the streets of Gotham with his classic costume on, you can see that the music might just be playing in his head, a larger-than-life song to complement his larger-than-life character.

Joker isn’t just worth watching as a fan of comic-book inspired movies. Its ties to the overall Batman-universe are clever and believable, but it’s in the movies underlying commentary on our society and on our treatment of the mentally ill that make this movie a must-watch.