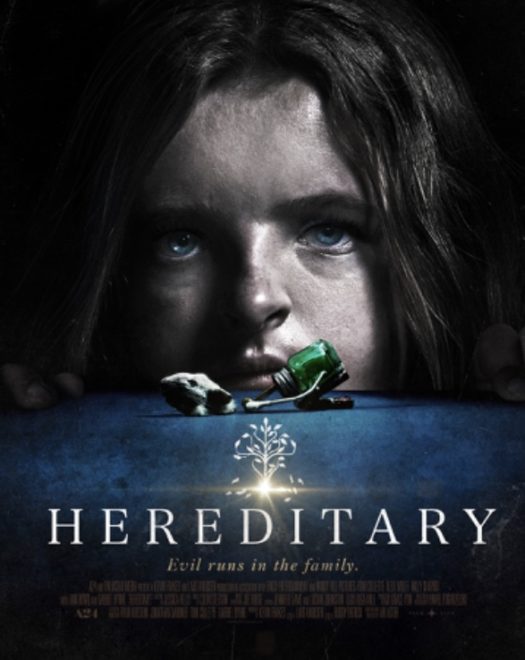 The past week has marked a rapid shift from overbearingly sunny Las Vegas summer to the cooler fall months, bringing hoodie and Halloween season along with them. If you missed out on your chance to get spooky last month for Friday the 13th, don’t worry- Stuco will be hosting a screening of Poltergeist on Friday, October 11th. Movie nights are always a fun time with friends, so why stop your horror binge at Stuco’s movie night? Here are 9 must-see horror films to enjoy with family, friends, or alone, if you’re really brave (including several cult classics for the horror connoisseur):

Filmed in black-and-white, Night of the Living Dead was the first to portray a zombie apocalypse, following the story of a ragtag group of people seeking shelter from the zombies in an abandoned house. Night of the Living Dead may not be the scariest movie, but it’s certainly one of the foundational inspirations for the beloved zombie movie trope.

The Exorcist covers one of the most terrifying phenomena of all: possession by a demonic entity. The story follows the rapid descension of a young girl into delirium as doctors and priests alike try to cure her mysterious illness, which just might turn out to be satanic in nature.

Perhaps the goriest classic on the list, Texas Chainsaw Massacre deals with not just chainsaws and massacre, but also with cannibalism and mental illness. Watching the protagonists fight for their lives to escape a clan of outcast cannibals in rural Texas is not for the faint of heart.

As the staple of cheap 20th century horror flicks, Halloween’s iconic star, Michael Meyers, set the precedent for the senseless slasher genre. The film chronicles Meyers’s vicious killing sprees, turning the stomach of the audience with his victims’ screams.

The Shining follows the lone caretakers of an Isolated ski resort during winter, as they battle the horrors of domestic abuse and mental trauma, ultimately descending into a wicked hunt. While The Shining is open to a multitude of interpretations, it’s undeniably riveting in its unsettling and suspenseful nature.

A departure from the traditional horror movie, Little Shop of Horrors is a musical, a comedy, and a horror movie wrapped into one. The unusual plot shows a supernatrural plant that feeds only on human flesh and blood. The protagonist must come up with increasingly clever plots to continue feeding the plant, accompanied by increasingly hilarious musical numbers.

Iconic in its unusual cinematography, The Blair Witch Project is shot unprofessionally on low-quality, shaky camcorders, styled as the remnants of a college documentary team’s exploration of local rumors of a witch. The unconventional style adds authenticity and suspense to an already haunting plot.

Get Out takes a more modern approach to horror, addressing the continuing issues of racial tension and power imbalances. With uncomfortable and unsettling overtones that are socially relevant, the twists keep viewers on the edge of their seats. Get Out is a slow burn, but as everything comes together in the end, it becomes clear that nothing is truly as it seems.

Following the psychological horrors of familial demons, Hereditary reveals a sinister angle on culture among generations. Through growing suspense and an eerily desolate environment, the stone cold characters uncover their ancestors’ disturbing past, dragging the audience along in their haunting journey.

So, grab some popcorn, find a friend, and start your October off right!