It Two – A Major Disappointment 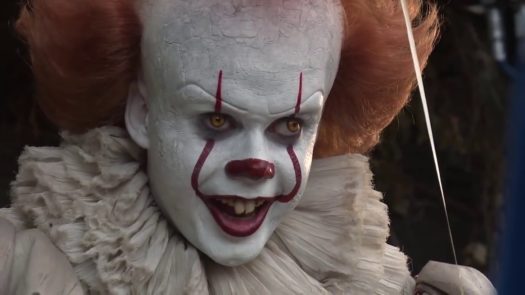 Since the blockbuster film It‘s release in September of 2017, fans have been anxiously awaiting for the sequel, It Chapter Two. This movie, set 27 years after the events of It, portrays our protagonists living their adult lives. While I was excited to watch the movie, It Chapter Two was rather underwhelming due to its limited portrayal of the iconic villain.

It Chapter 2 brings back the original seven characters from the first movie, now in their late 30s. The premise of the movie is that the group, known as the “Loser’s Club”, made a pact to come back to their hometown if “It” ever came back. After a local murder causes the now-adults to realize the monster’s return, the original group returns to the town of Derry to confront It. A strong start to the movie is supported by a sense of despair and dread that comes through very clearly in the dialogue.

In general, the plot arc of It Chapter 2 greatly references the prequel. Both the original cast and adult actors are involved throughout the movie, perfectly integrated to showcase the impact of their childhood trauma, even during adulthood.  The cast of It Chapter 2 was some of the best I’ve seen. Both the children and the adults were similar in personalities, lending to the accuracy and continuity of the film. Each adult was able to build upon and reflect on their experiences as a “child”.

Don’t let this strong start and excellent casting fool you, however. My expectations for the movie were much higher than what I received. Bill Skårsgard, an incredible pick to play Pennywise, wasn’t utilized as effectively as in the prior movie. It Chapter One was the perfect balance of horror and comedy, with underlying dark tones in the rather humorous banter of the cast. The movie itself definitely deserved it’s R rating and the title of “Horror Movie”. Pennywise was viewed as a soulless, infinitely powerful being who preyed on the fear of children, while masterfully toying with them in order to satiate his hunger.

On the contrary, It Chapter 2 neglected to include the same scare factor. The jump scares were superficial and lacking. The dialogue was less witty and overly comedic. The movie itself definitely didn’t deserve the same title of “Horror Movie” that It Chapter One earned. Director Andres Muschiette really held back the potential of Pennywise and the depth of his character.

This lack of horror can be partially attributed to the heavy use of CGI throughout the movie. Although CGI has its place, it was simply overkill. The monsters looked unrealistic and were no longer scary. Even when compared to the much older, original 1990 film, It Chapter Two failed to deliver the same level of terror within the audience to even be recognizable as a Stephen King adaptation.

Of course, this all leads to one question: Was It Chapter Two worth the watch? It depends on the viewer. If you enjoy a comedic tone to horror and don’t like being too scared, this movie may be for you. However, if you’re a lover of the horror genre and Stephen King, this movie is a definite skip.