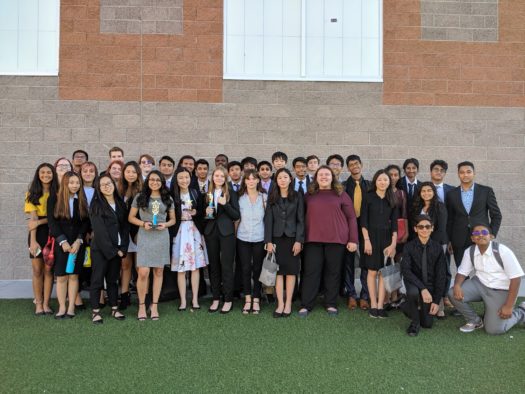 At the end of September, Clark’s Speech and Debate team competed against students from across Las Vegas in the yearly Foothill tournament. Under the lead of club president Brock Walker and advisor Ms. Sarver, Clark’s finest advanced among hundreds of students, earning third place overall.

“A lot of people in those rounds, the seniors especially, re-fell in love with Speech and Debate. We were finding the want to accelerate at it,” says Clark’s Speech and Debate president Brock Walker. “With people competing at different levels and different events, the results showed our progress.”

Congratulations to the following Chargers who placed!

The success helped Clark garner the points to excel in sweepstakes against schools like Palo Verde, Coronado, and A-Tech. These accomplishments exemplify the team’s versatility, effort, and initiative. Varsity debaters continued to perform well, while novices got their first, fresh taste of the activity. As junior representative Divij Kodi put it, “the team came together like never before, showcasing the hours of rigorous work.”

With the new leadership and the new year, Clark Speech and Debate has plenty of preparing and debating to do. After a month off in November, Clark has its next major full-team tournament on December 6th at Rancho High School. Be sure to congratulate the team and show your support!