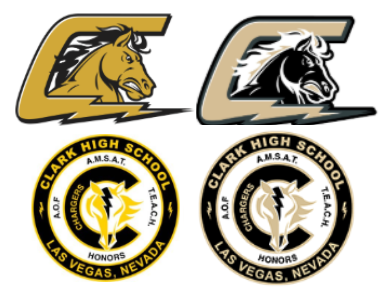 From our fight song to our school spirit, Clark High School has always been one thing: bold. Since Clark’s founding, our school mascot has always united us.

This year, Clark’s true school colors were stripped from our mascot, painted over in the halls, and erased from our school identity.

Our mascot Turbo no longer represents the history of electric gold that has always existed at Clark. Instead, the color of puke stains his coat – our iconic horse, the horse of electricity, has suddenly, and purposelessly, disappeared. His name doesn’t even make sense anymore.

Sammy Malley, the Student Council Body President, seemed reluctant to comment on the change. “In general, the school color doesn’t bother me, but it’s hard to see it change so suddenly… [but] I can’t speak for the entire student body…” She confirmed that Mr. Rael did not consult Student Council in changing the school’s gold color.

Another Student Council member was more willing to speak his mind: “I don’t care about colors… but it’s a waste of time and money.”

Many more students, however, feel differently. Brandon Wong, a junior who plays for Clark’s varsity tennis team, commented on the change: “I don’t like the colors… They’re ugly and weak. It doesn’t represent us. It’s not the real gold of Clark.”

We have changed a tradition spanning past 50 years; yearbooks in the front office have all the evidence you need. What shall we tell the returning graduates? Must we keep up with trends? Was our first decision a mistake? I can already see the facepalms, the sighs, the grimace of an altered past.

“For a long time, this has been a student-centered building,” noted one teacher who wished to remain anonymous: “I think… the color change is representative of a more fundamental shift in how this building operates.”

Brianna Im, who is currently the HOSA Southern Region Vice President, shared similar thoughts: “Recently, there have been many changes at Clark, and as a junior it has been hard to adjust to… Once Clark replaced the bright gold… I knew that Clark was different and not the same high school I loved to attend for the past two years… changing something that symbolized Clark so much was the last straw.”

Many students have expressed annoyance at the school changes. The studentry is now hardly represented at all – we are treated like children. And to only start seeking student representation (through perfunctory means like student ambassadors and “Charger Chat”) after  passing big policy changes demonstrates an incredible dismissal of student opinion. Frankly, this isn’t how our school should work.

The issue is not merely that students dislike change in general; such a simplification does not capture the scope of this issue. Nor is it that the former gold was “more yellow than gold” (from sports teams to color palettes, it’s obvious that the shade of gold is interpretive). The issue, rather, not only in regards to the color change, but for school rules in general, is:

We, the students, had no say in the matter. We study, graduate, and charge into a new world. However, high school still remains significant to us Chargers, and I stand in disbelief, that the students contributed nothing to the discussion as to whether we ought to touch the school colors. A decision so massive.

At a school constantly cutting funds, where student clubs now scramble to even make a fraction of their previous annual profits, we choose to squander our money on such an arbitrary, meaningless change. Or did we?

Fading away, Turbo stands feebly afar. His name we have deemed irrelevant, and his only response is “Nay…”