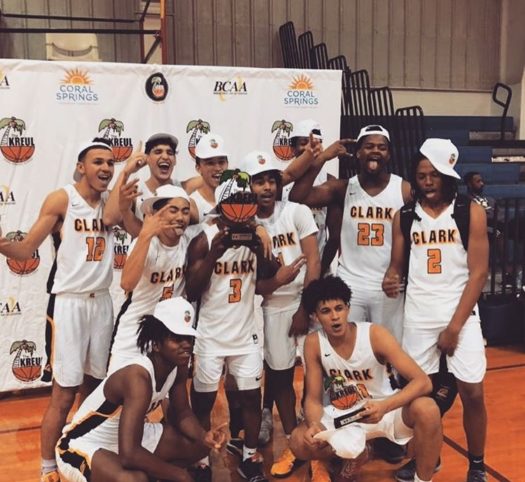 The boy’s basketball team is beginning the new season with some bumps after the loss of some excellent players and an amazing coach. Last school year, our team had an impressive 25-6 record. They were ranked 2nd in all of Nevada and 85th nationally. However, with the loss of Coach Chad Beeten and four division one players, including basketball stars Frankie Collins and Vinni Veikalas, many have questioned how well we are going to do in this upcoming season.

“It’s going to be tough, [but] with the guys we have here, the guys that are returning… they’re super hungry and ready to play. We have a lot of guys who haven’t got a chance in the past who are primed and ready to make the most effort,” says Coach Duke, the new basketball coach.

With tensions in the air, team leaders Cameron Kimbel and Stacy Jefferson are excited for the new season.

“I’m able to step up and take the role as the leader of the team. Last year, we lost a lot of talented guys, but don’t think that will stop us. This year, our players… would do anything to win. Even our new coach has been so dedicated and is putting his all into this new program to keep it at the same high caliber,” says Kimbel.

“We may have had a bumpy start adjusting to the new coaching style, but once we adapt we should do well this season,” agrees Jefferson.

Along with this hopeful energy comes a lot of hard work.

“We’re trying to go in the morning every single day and sometimes in the afternoon, just trying to get… as much work as we can in to make up for some of the lost time, since I got here so late. I know the guys are hungry and they’re ready,” says Coach Duke. “What we lost last year, we’ll make up for in tenacity and just a will to win.”

So Chargers, wish our team good luck this season and make sure to come out and watch our games!