Trump’s Impeachment: A Timeline of Events 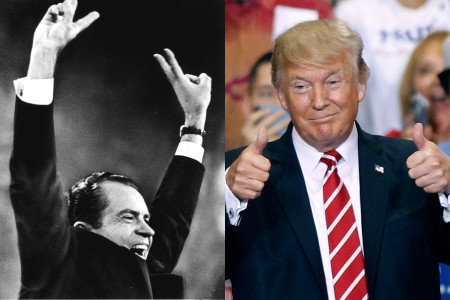 As Democrats prepare to take the House impeachment inquiry public, Trump’s administration is at risk of losing its political legitimacy. But more importantly, the impeachment could have a ripple effect on everyday citizens – fueling divisions among voters, undermining the future of both parties, and potentially changing the front-runners of the 2020 election.

From former Vice President Joe Biden to current Ukrainian President Volodymyr Zelensky, all kinds of political leaders have been butting heads over the issue. So, here’s a brief timeline on Trump’s impeachment, starting with Russia’s invasion of the Crimea, a province of Ukraine.

November 2016 – Controversy stirs over Joe Biden, whom Yuriy Lutsenko, Ukraine’s Prosecutor General, claims was responsible for influencing the firing of Viktor Shokin, another Ukrainian prosecutor who had been running a criminal probe involving Hunter Biden.

June 2019 – Trump admits to ABC News that he would want foreign nations to share “damaging information about his opponents in the 2020 presidential election,” causing many to criticize him.

July 2019 – Trump calls President Zelensky to pressure him into investigating both of the Bidens and their possible involvement in the alleged corruption that resulted in the dismissal of the Ukrainian prosecutor. They also discussed the status of the Ukrainian government’s crackdown on corruption.

August 2019 – A whistleblower (anonymous person who calls out wrongdoing) sends a complaint of Trump’s alleged treasonous calls to the Inspector General of the Intelligence Community, Michael Atkinson.

September 2019 – Atkinson brings the complaint to House Intelligence Chairman, Adam Schiff. This prompts the committee investigation into the men who were involved in attempting to pressure Ukraine to help Trump’s re-election bid. The Washington Post and the New York Times publish this information, prompting Speaker of the House, Nancy Pelosi, to announce a formal impeachment inquiry and the White House to release the transcript of the call.

October 2019 – Despite impeachment threats, Trump contacts China to investigate Joe Biden. The White House says “it will not cooperate” with Democrats and claims their calls to bring Trump into court are unconstitutional.

This issue continues to develop, and the House of Representatives debate a resolution today defining the next phase of the impeachment inquiry. They will also hear from another witness in the Ukraine controversy. Stay tuned for more developments in this story.