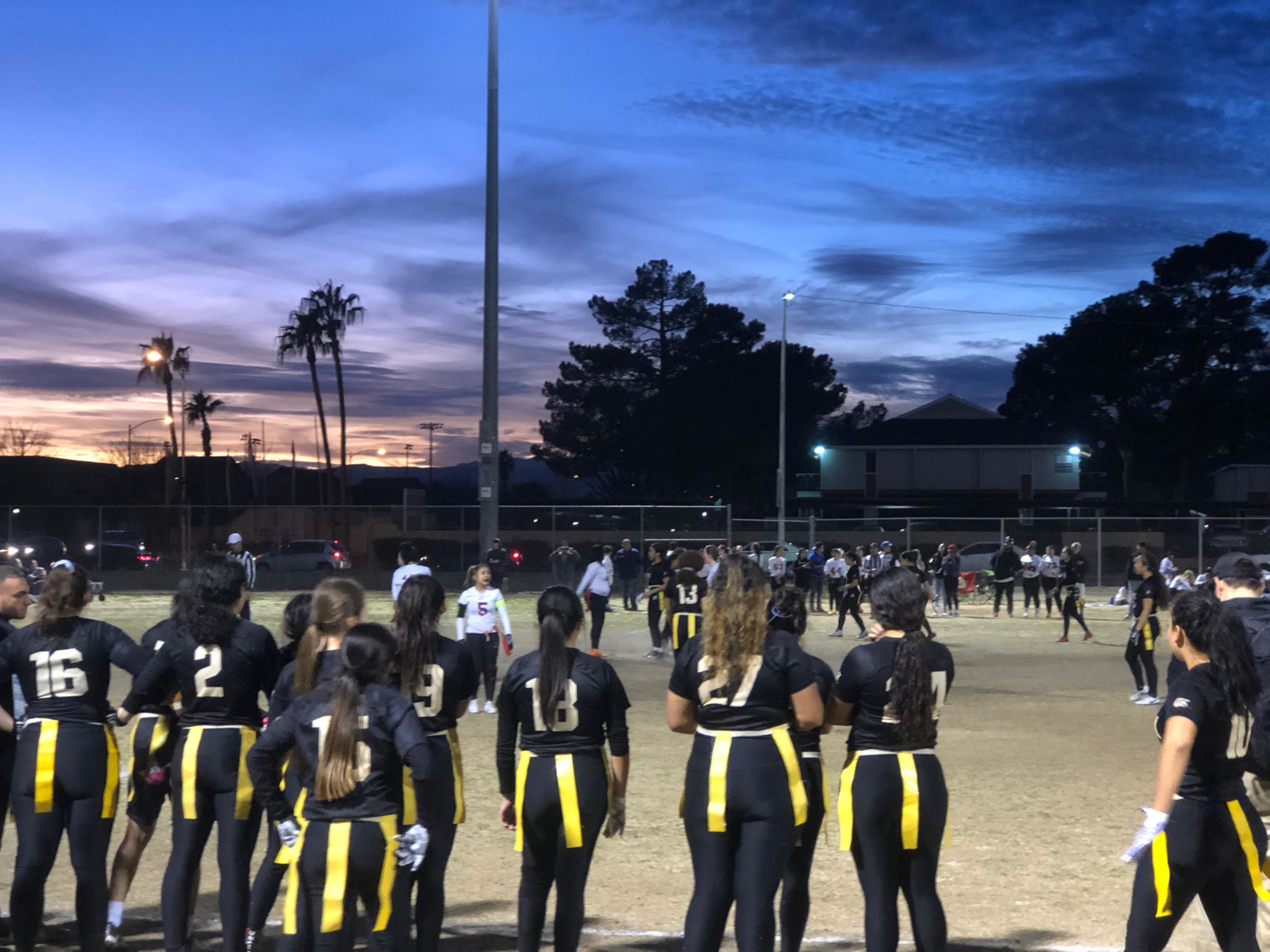 The Clark Charger flag football team has soared past their opponents with a 13-3 record at this point in the season. The team’s star players have been performing incredibly well! Jagyra Gomes, the quarterback for our varsity team, has made astounding improvements this season, and has significantly increased her touchdown record. Last year, she threw 53 touchdowns; this year, she’s on pace to throw 63. Jaeda Centeno, a safety, has 16 interceptions and 27 receiving touchdowns.

This season, the coach and players are feeling confident and excited, especially when compared to last season.

“We have more of a complex team [than last year], meaning that we have multiple weapons and… nearly our entire defense returned, so they have built up their skills,” says Coach Moyle.

Clark’s flag football team is significantly above the national average in receiving yards, rushing yards, total touchdowns, tackles, sacks, and interceptions. In other words, the lady chargers are killing it! This success originates from the girls’ dedication and their Coach. The team has established a strong unit.

“We are dedicated to win and have that mindset [that] no matter how hard we lost the last game, we will give it our 100%,” says Gomes.

Playoffs will begin in February, and the team is anxious, but excited.

“The downside of playoffs is because everyone makes playoffs, if we take a one or two seed we take two weeks off, and we have to remain focused. I expect us to compete for a league title or a state title,” says Coach Moyle.

This season’s highlights include the game at home versus the Silverado Skyhawks. Last season, the Skyhawks beat the Chargers on Senior Night, sending the Chargers to third in the division. However, this season, Clark beat Silverado in triple overtime with a nailbiting 31-30 win! As their hard work, dedication, and improvements pay off, the team should have many wins ahead.