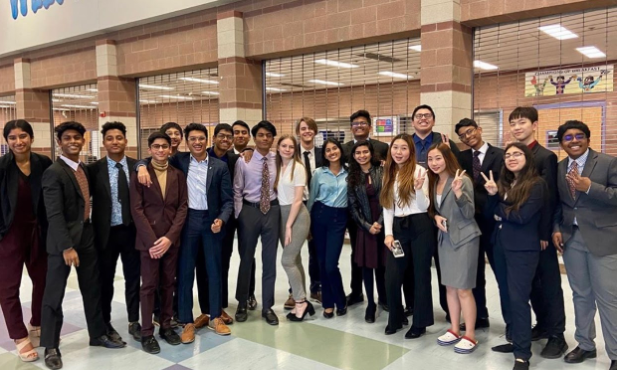 Last week, Clark’s Speech and Debate team competed at the last league tournament of the year at Canyon Springs high school. As usual, the team excelled.

Congrats to the Chargers that placed!

This tournament was the last league tournament of the season and was an excellent way of ending the season. The past year had produced excellent results, and the team is hopeful for another successful year.

“The speech and debate team has really grown over the year and each tournament produced results more successful than the last,” explains Speech and Debate Vice President Opal Vetrichevelan.

Although this tournament was one of the last, the season is still far from over. Soon, the team will compete at State and District tournaments to qualify for Nationals. The team is preparing for victory at the upcoming tournaments. Congrats Clark Speech and Debate!