Kobe: How A Legend’s Legacy Lives On 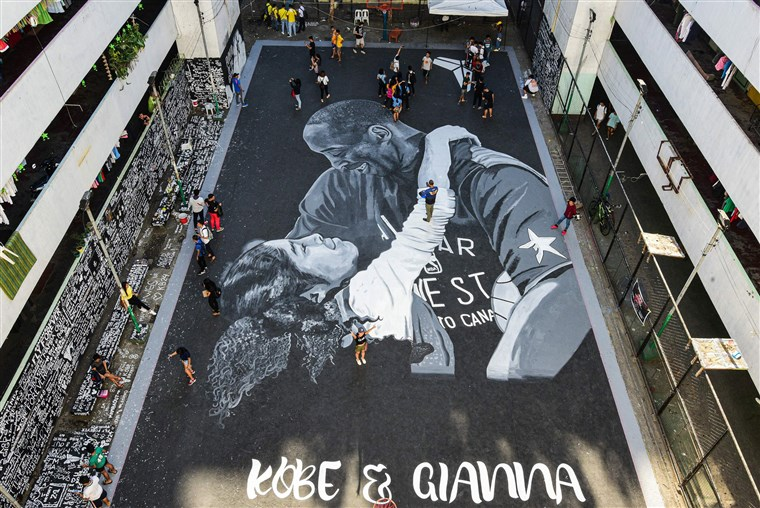 The Federal Aviation Administration (FAA) is currently investigating the cause of the crash. However, it is speculated that the aircraft flew into a fog cloud and took a sharp incline whilst turning left. In these conditions, especially in a helicopter, where your surroundings are essential, it is easy to lose control.

Kobe Bryant was truly inspirational to millions. His influential career began when he was a 17-year-old kid and became the first guard to come straight out of high school. He was drafted 13th overall in the 1996 NBA draft and traded on draft day to the Lakers, where he spent his whole NBA career. Over 20 years, he was an 18-time all-star, 5-time champion, MVP, and 3-time gold medal Olympian. He is widely regarded as one of the all-time greats, and is currently fourth on the all-time scoring list. Additionally, he won an Oscar for his short film “Dear Basketball”, which illustrated his transformation from player to legend.

Kobe’s legacy stretches far beyond basketball. His dedication to his true passion gave others the motivation to follow their dreams and relentlessly pursue all that they want out of life. He manifested the idea that if you put in the hours, anything is possible. The days following the accident, the world was completely different. Everywhere around the world, there were memorials and events dedicated to his greatness. In his 3 years of retirement, we saw him transform into a “#girldad”, which makes this situation even more tragic.

Gianna Bryant (13), Payton Chester (13), and Alyssa Altobelli (14) were all upcoming basketball players who played on the Mamba Academy Team. Gianna Bryant, a mini Kobe, played guard along with Alyssa Altobelli, and Payton played forward/center. Sarah Chester was the mom of Payton and the glue of her family. Keri Altobelli was the mom of Alyssa and wife of John Altobelli, who was the Orange Coast College Baseball Coach. Christina Mauser was the assistant coach of the Mamba Academy Team and mother of 3. Ara Zobayan was the pilot and a flight instructor with over 20 years of experience.

This misfortune affected people across the world, including students and teachers at Clark. When asked about the event, Brooklyn Barrio (Grade 11) stated, “Personally I’m not a huge basketball fan. I enjoy the game, but I don’t go out of my way to watch it. But when I did see Kobe play, it was always something to see. Kobe carried himself on the court and you could always see that this was his passion. And even though I’m not an avid fan, hearing about his death was devastating. Kobe was an inspiration for thousands, if not millions. Not only that, but he was a husband and father of four beautiful daughters and he was proud. I saw a video where someone had a conversation with Kobe and they said he said ‘Always have girls. I love having daughters.’ His daughter, Gianna, was a basketball player too. He said that she was going to carry on the legacy and she was better than him when he was 13. They shared a strong bond through their love for the sport and each other. Kobe and Gigi were both taken too young and I hope that they are resting in paradise.”

Cameron Kimble, a junior on the Clark basketball team, stated, “The passing of Kobe Bryant was a tragedy for everyone around the world. He was so much more than just a basketball player. He was an icon, a writer, a husband, a father. Kobe was one of the most influential people of his time and touched everyone he came across. The beauty of this situation is that it is connecting all of us. It makes us realize that every moment in our lives should be lived to the fullest because it could end in a blink of an eye. I send my condolences out to the Bryant family as well as all the other victims’ families. His legacy will live on forever.”

Furthermore, Coach Svendsen voiced that this event was hard to put in words, not just for Kobe, who he watched growing up, but for all that passed away.

This event was tragic and exemplified how much we truly need to appreciate life. Let’s all be sensitive on the matter, hope the best for the families, and carry on the Mamba legacy. May they all rest in peace.