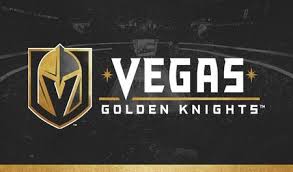 I remember taking a seat at the T-Mobile Arena for the first game of the season on October 2nd, 2019.

The anxiety and excitement was overwhelming, and there was an incredible tension in the air. Everyone knew exactly what the San Jose Sharks had done to the Knights on that dreadful April night almost half a year ago. But this was a new season, and what better way to start than to wipe the slate clean?

Suddenly, I was startled by a timer that began to count down on the jumbotron. Eighteen-thousand five hundred eighty eight voices screamed each number louder and louder. Then the stadium went dark and revealed a beautiful, sparkling mosaic covering every inch of T-Mobile Arena. It was Knight Time.

The Knights would go on to trash the San Jose Sharks 4-1, and obliterated them in a 5-1 victory two days later. Despite their strong start, Vegas would suffer their worst first half of the season in their short history. By January, the Golden Knights sat ninth in the Western Conference, compared to third in their inaugural season and seventh in their prior season. Still, the Knights were in the playoff mix, and they would just have to improve before the final seedings were settled.

Unfortunately, the front office did not share those same thoughts. In a surprise move, the Knights fired head coach Gerrard Gallant, who had won the Jack Adams Trophy, an award given to the best coach of the season, just two seasons prior. The media was in a frenzy, and everyone questioned if there were other motives. What would happen to the team, especially with over half the season already in the books? We would end up finding out very soon after, as Vegas hired none other than ex-Sharks coach Peter Deboer. Yes, the same Deboer who had called Gallant a “clown” during the playoffs, and the same Deboer who had completed the comeback in Game 7 against the Knights. It felt like The Avengers had hired Thanos.

It would be another three months before the NHL resumed – you can read about that here. The Golden Knights would push past the Chicago Blackhawks and scrape past the Vancouver Canucks before finally being put down by the Dallas Stars in an incredibly unlucky series. The post season was full of offensive slumps, controversial goaltending choices, and nail-biting final minutes. The Dallas Stars would end up falling to the 2020 Stanley Cup champions – The Tampa Bay Lightning.

Well there’s at least one problem that Vegas has to address this offseason. What will happen to Fleury? Peter Deboer made a controversial decision and started recently acquired goalkeeper Robin Lehner over Canadian superstar Marc-André Fleury. Despite Deboer’s reassurance that this would inspire competition, it was clear that Lehner was the head coach’s favorite. Vegas fans were torn. It was unfair to see such a devoted and respected player like Fleury sitting on the bench, but on the other hand, Lehner was delivering spectacular goalkeeping and it was hard to deny the positive impact he was having on the team. On Saturday, the uncertainty continued to grow as Vegas signed Robin Lehner to a five-year 25 million dollar contract. The Knights can, but will likely choose not to keep both Fleury and Lehner. This means that Fleury’s days with the club are numbered, but he has expressed contentment at Vegas and wishes to finish out his contract, even if Lehner has signed a long term deal.

The next issue focuses on Fleury, but from a different standpoint. Aside from elite defenders like Nate Schmidt and Shea Theodore, Vegas does not have an all-star defender that can compliment Lehner and Fleury’s skill. Fortunately enough, Saint Louis Blues captain and all-star defenseman Alex Pietrangelo has entered free agency. This could be the final piece of the puzzle for the Knights, but they will only be able to pull it off if Fleury is traded to make cap space. This puts Fleury’s future in Vegas in even more uncertainty.  With the trade deadline approaching on October 9th, I suspect it won’t be long before we find out what happens with both Fleury and Pietrangelo.

The final issue concerns the poor offense displayed in the playoffs. Jonathan Marchessault and Max Paccioretty, both of whom were great in the regular season, struggled during the playoffs. All four offensive lines struggled, and scoreless stretches stained the final playoff games for Vegas. Deboer will have to experiment with his lines to attain the perfect offense for next season. The Knight head coach also promised that a captain would be assigned by the start of the 2020-2021 season. It’s difficult to tell how much of an impact this will have on the team, but it’ll at least be exciting to hear who the first-ever Vegas Golden Knight captain will be!

Your Golden Knights also released their first ever alternate jersey, which comes in the color scheme of the white away jersey but drenched in that classic Vegas Gold. Check out the official reveal here!