A Project for Better Journalism chapter
The Charger Chant
Sports 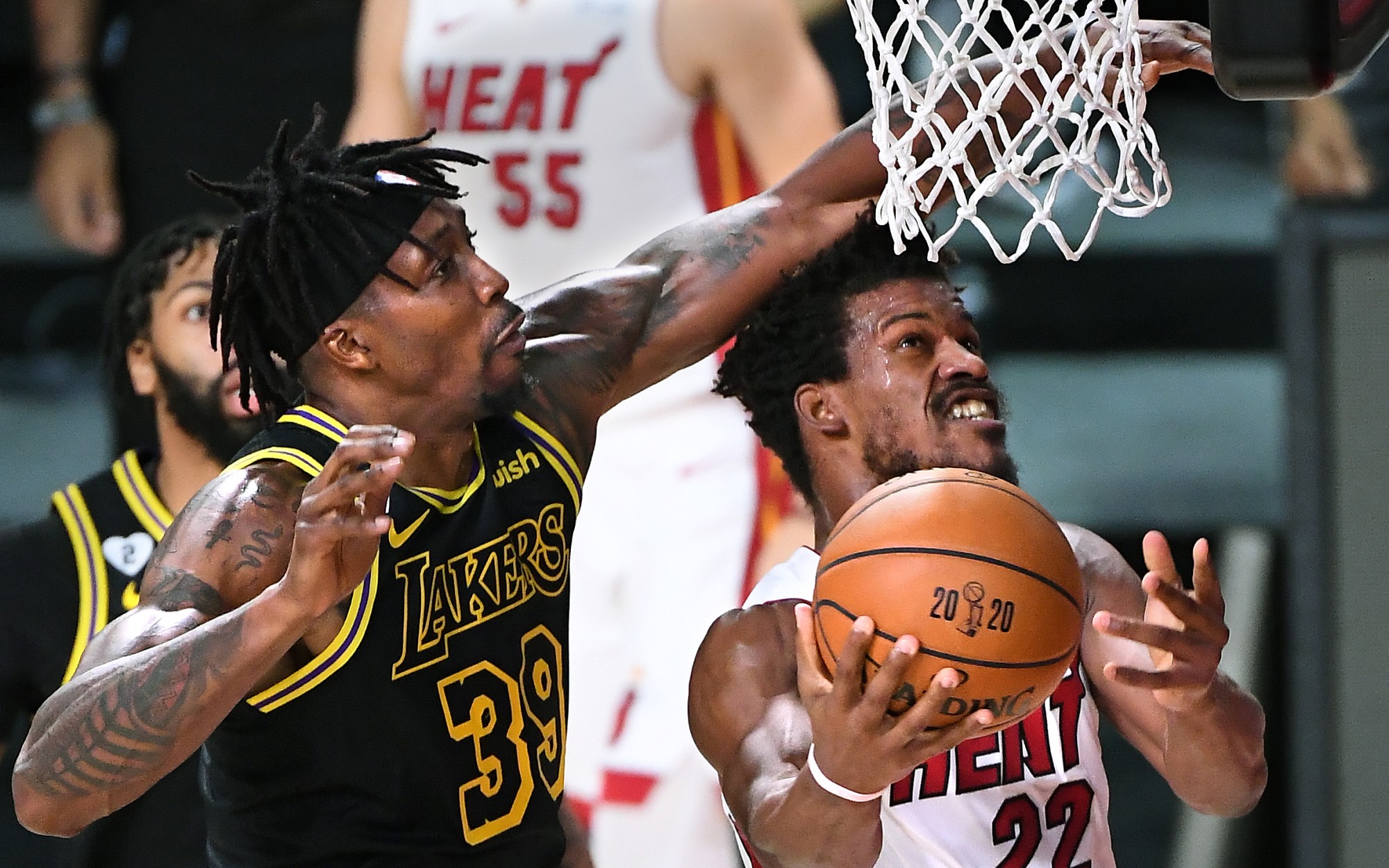 One word comes to mind when I think about Game 5 of the NBA Finals. WOW. As an NBA fan, you could not ask for a better game. The Lakers, adorning their black and yellow “mamba” jerseys that honor the late Kobe Bryant, were looking to pull off a final win against the Miami Heat to take the title back to LA, but no team is harder to beat than a desperate one with their season on the line.

The first quarter was the initial signal that Game 5 was not going to be an easy win for the Lakers. Jimmy Butler of the Miami Heat continued his playoff hot-streak alongside three-point monster, Duncan Robinson. Lakers stars Anthony Davis (AD) and LeBron James led their team in the first quarter and were able to keep the game extremely close. Towards the end of the first quarter, the Lakers took a huge shot to their team. Davis suffered an injury to his foot, and as he winced in pain, Lakers fans knew that this was a huge problem since the Lakers defense with AD is not even comparable to one without him.

The Heat were up 25-24 entering the second quarter. They carried over their momentum from the first quarter and assumed an 11-point lead at the seven-minute mark. Fortunately for the Lakers, Davis returned to the game, but his impact in this quarter was minimal. LeBron James would not back down and pretty much single-handedly narrowed the Heat lead. Right before halftime, Jimmy Butler sank a three-point shot to give the Heat a 60-56 lead.

Just halfway into the game, Jimmy Butler led the Heat with 22 points, and LeBron was right behind him with 21 points. The kind of basketball they were playing was on another level. To have 20+ points in just the first half is insane, but both were not even close to finished. LeBron and Butler would agree when I say that they couldn’t care less about their statline. All they wanted was a win, but at this point, the game was too close to call.

For the most part, the third quarter was neck and neck. Both teams were red hot from the three-point line, and Robinson would show that he is a sharpshooter from three. Even LeBron, someone not known for three-point shooting, was outstanding and hit shots from far beyond the arc. The third quarter ended 88-82 in favor of the Heat, but LeBron and Davis were not going to go down without a fight.

It was time for the fourth quarter. What a nailbiter! Even as someone who does not like the Lakers or the Heat, my heart was racing the entire quarter. For the Heat, Robinson, Butler, and bench-player Kendrick Nunn were hitting clutch shots. For the Lakers, it was LeBron James and Kentavious Caldwell-Pope (KCP) who showed up when it counted. With two minutes left, the game was tied at 101.

Butler knocked down a beautiful jumpshot to make the score 103-101. LeBron quickly answered with a lay-up, and his ability to draw fouls got him a free throw. Down 104-103, who do you think the Heat gave the ball to score? If you answered Jimmy Butler, you would be absolutely right. Butler scored a huge basket to go up 105-104. LeBron threw the next punch and took the lead once again. After Butler hit two free throws, the Lakers got the ball back, and AD scored a lay-up. 21 seconds left. The Lakers were up 106-105, but the Heat had plenty of time to score. In an attempt to block Butler’s shot, Anthony Davis fouled him, and Butler swished both free throws to make the score 107-106 for the Heat. 16 seconds left. Could the Lakers score and win the ship? LeBron drove down the court and unsurprisingly drew a crowd of defenders. 10 seconds left. He amazingly passed to an open Danny Green. Green had the perfect shot. The shot went up and bounced off of the rim. Even after the Lakers rebounded, they could not get off a good shot and lost the game.

Talk about a good ending. You could see the grit that both teams showed, but in this contest, the Heat was the more complete team. Duncan Robinson had a whopping seven three-pointers, and Jimmy Butler had a 35-point triple-double. LeBron had a spectacular game with 40 points, but it was not enough.