A Project for Better Journalism chapter
The Charger Chant
Entertainment 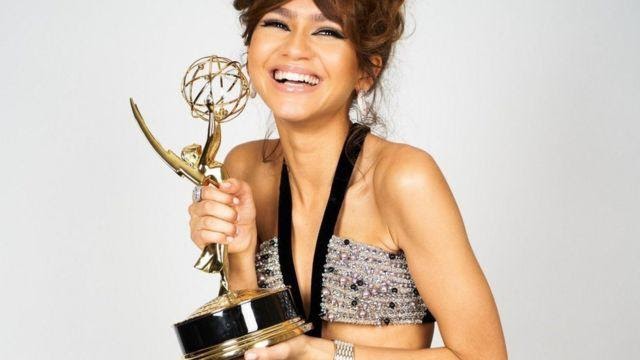 Zendaya has won her first Emmy. In this year’s awards ceremony, the young 24-year-old won lead actress for playing in the teen drama Euphoria. She won in a major upset over contenders that included Olivia Colman from The Crown and Jennifer Aniston from the “The Morning Show.” As the youngest ever winner for lead actress, she made the Emmys a night to remember.

Zendaya expressed in her acceptance speech that “This is pretty crazy! To the incredible cast and crew of Euphoria…I’m inspired by everything you do.” She referred to her director, Sam Levinson, as a part of her family.

Zendaya also shed light on her achievement during COVID-19. “ [It] feels like a really weird time to be celebrating. There is hope in the young people out there…to all my peers out there doing the work, I see you I admire you….thank you.”

Zendaya was nominated along with Jodie Comer, Sandra Oh, Laura Linney, Olivia Coleman and Jennifer Aniston. She plays the character Rue in Euphoria, a show about a drug-addicted teen omniscient of the struggles of teens in our environment. She has come a long way from her appearance in the Disney show “Shake It Up”, and is a great actress who will continue to succeed in the future.