NBA Finals: The King Takes the Title to LA 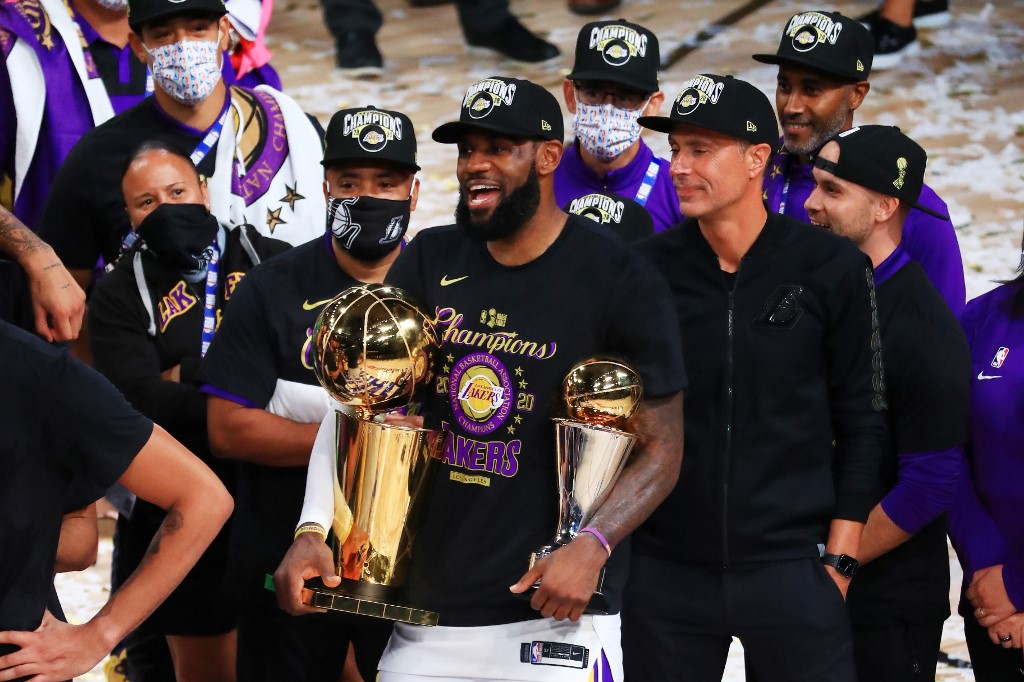 Utter dominance. If a close and exciting Game 6 is what you looked forward to watching, you were probably disappointed. The Miami Heat had a chance to tie up the series at 3 and force a Game 7, but LeBron James and the Lakers were not going to let that slide easily. No one in the NBA is more terrifying to play than a motivated LeBron after losing a series-winning game.

The first quarter was the outlier quarter, and both the Heat and the Lakers played well.

That Lakers’ defense that NBA teams fear was back and better than ever. Anthony Davis (AD) and LeBron were rebound monsters and gave their team the best chance of scoring. The Heat actually did a great job of rebounding and defense too, but frankly, the Lakers did not miss as much. Jimmy Butler and Bam Adebayo were leading the Heat and kept the score deficit to 8. You might be thinking that the Lakers weren’t dominating if the score was just 28-20, but that ended during the second quarter.

Heat fans had to be elated when they saw Goran Dragic check into the game in the second quarter. Dragic suffered a scary injury to his foot in Game 1, so his return was a relief. Unfortunately, since he was not at 100%, his normal impact on the game was nearly invisible. Want to know what was visible? LeBron James’s veteran experience. The amount of times he gave up a shot just to give one of the role players a better chance to score was immeasurable. Their defense shut down Jimmy Butler in a way they hadn’t been able to in previous games. Slowly but surely, the Lakers were pulling away.

Rajon Rondo and Kentavious Caldwell-Pope were playing with all their heart, further contributing to the Lakers’ second quarter success. With about four minutes left until the half, the score was 51-34 with the Lakers in the lead. The gap only grew from then. The Lakers went on an insane 13-2 run and ended with a lead of 64-36 at halftime.

A 28-point lead in an NBA Finals game? Unheard of. It was almost like watching the varsity team play the junior varsity team in high school basketball. Sure, the Heat had faced adversity all season, but 28 points was more than just adversity. Coming back would be next to impossible, but like Kobe once said: “the job [wasn’t] finished” for LeBron and the Lakers.

The third quarter was more of the same story. LeBron and AD were playing insanely well, and the Lakers ball movement was brilliant. Even after the Laker lead went up to 32, the Heat did not stop playing with maximum effort. They didn’t seem defeated, but the Lakers defense continuously shut down any momentum that they had. Even in the third quarter, the commentators were already talking about LeBron’s fourth ring. By the end of the third, the score was 87-58 for the Lakers.

The championship was in close reach for the Lakers as the fourth quarter began. The Heat put up a valiant effort and narrowed the score deficit slightly. It would still take a miracle for them to win. The Lakers bench was on their feet as the clock was ticking down, and all of the backup players were in for both teams. Final score: 106-93 for the Lakers. The Lakers are the 2020 NBA champions!

Looking back on this season, it was a wild ride. Pulling off the “bubble” was one of the NBA’s greatest accomplishments, and one that fans around the world are grateful for. As for next season, the Heat are favorites to make a return to the finals. Jimmy Butler assured fans that the Heat will be back, and I believe that the Heat will be even better than they were this year. Tyler Herro is just a rookie and has so much to prove, and you can never count out Jimmy Butler as a great player. The Lakers are undoubtedly the favorites to win the championship again. LeBron seems timeless and is dominant even as a 35-year old. Anthony Davis is just 27 years old and has arguably not reached the peak of his career. If the Lakers draft well and role players keep getting better, a repeat is very likely.

Will next season be normal without a bubble? Questions like this are already arising about next season. One thing is for sure though. King James is on top of the world and whether the season is in a bubble or not, LeBron and the Lakers seem unstoppable and are bound for another amazing season.