The Redemption Call of Duty Needed 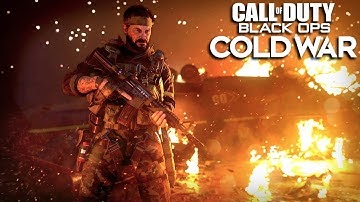 Black Ops 1 and Black ops 2 were probably the best Call of Duty games ever. It brought together a community of quick-scopers, zombie players, and gamers from all around. It allowed everyone hours of fun with amazing gameplay, a variety of skins to unlock, and amazing zombie maps with exciting stories. I alone spend over a thousand of hours playing the game, and I’m not the only one- it marked a time in COD history as the best era to play.

But that era was quickly forgotten in a new one. An era of micro-transactions, unbalanced weapons, and horrible movement systems made the game almost unplayable. The best guns were locked behind a loot-box system that required hundreds of dollars and there was a movement system that caused people to jump around walls like they were possessed by the devil. No one had any interest in the COD series, as you can see in this google trends chart.

Blacks Ops went from amazing fun to a flat out mistake.

Finally though, Activision seems to have brought back what everyone loved about the Black Ops series. With Black Ops Cold War coming out in November, Activision already released their trailer for the game and it got everyone hyped for it.

Cold war isn’t just a new page in the Black Ops series, but its own book. It is said to occur during the Cold War era. It is inspired by real world events and the players are brought to locations like Vietnam, Turkey, Soviet KGB headquarters, and East Berlin. It begins in 1981 with President Reagan’s fictional discovery of a Soviety spy named Perseus. In order to counter Perseus, an operation is conducted by Russell Adler, Alex Mason, Frank Woods, and Jason Hudson.

The story itself seems amazing, but Activision also added their own twist to things. For the first time in COD history, the community gets to create custom characters that can be used in single player. The characters will be codenamed Bell, with their ethnicity, skin tone, and gender all customizable.

And that’s not all- Activision has created a multiplayer system that brings back the fun of Black Ops 1 & 2. With new maps, new combat systems, and more vehicles, every player is excited for what is to come. And most importantly, with new sniper mechanics- quick scoping is BACK!